It's a late one tonight as I've been at the theatre and my rats are currently demolishing my bed, so this may not actually hit the 'net until tomorrow. On a mission!
Did a double tonight as I love both the designers and because they are linked; both part of the 'Antwerp Six', a group of six Belgian designers whose distinctive and outlandish style put them on the map in the 1980s.
Today, I found out about them largely through Sea of Shoes as its author, Jane, is always wearing her Ann Demeulemeester boots. 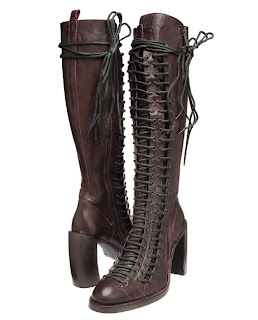 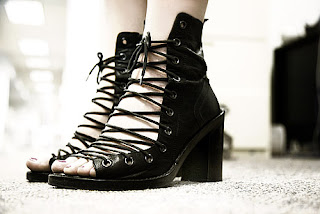 Both divine, and with a curving heel mirroring the curve of the heel (of the foot). And it's a sensible heel height too! I would kill for a pair of these. Partly because Ann Demeulemeester is so much fun to say!
But she does some fabulous, gothic-cool fashion too. 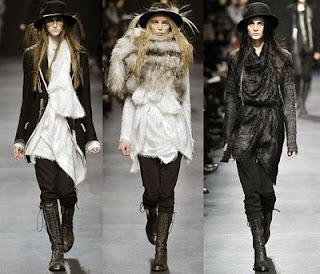 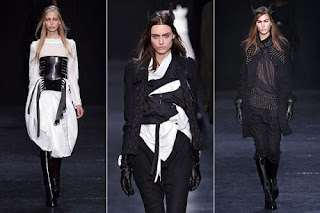 Kinda pirate meets goth meets punk-rocker. I loves it.
Dries van Noten does beautiful clothing too, but in a slightly wider colour palette. 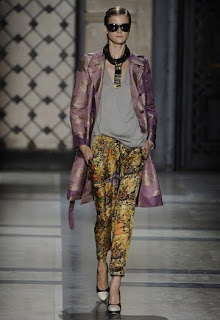 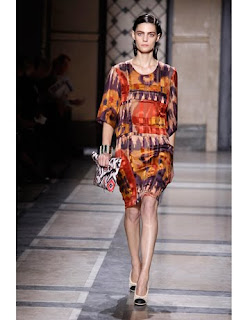 And does some lovely, tribal-chic shoes. 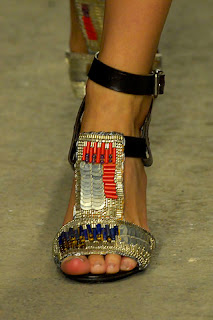 So there you have it, a double whammy of European fashion rocknroll legends! And sadly it's after midnight, so I didn't manage to post yesterday. But considering this was started on Thursday, I'll let myself off.