I needed an extra helping of soup today. To make up for the lack of designers beginning with Q, the internet is brimming with amazing designers beginning with R. So much choice! So I picked two, because they are both awesome.
We'll start with Rick Owens, a Californian native who started his career in sportswear before launching in 1994. Since then, he's worked in Italy and Paris, but despite his clothes being infused with European polish and class, their punky weirdness and standout shapes can only come from the sportswear influence. The first thing that came to my mind when I saw his AW'10 collection was dinosaurs. I wonder if you get what I mean. 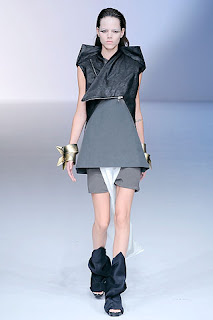 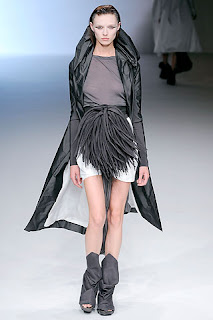 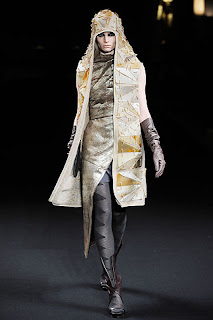 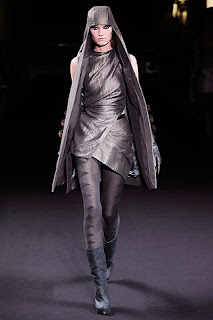 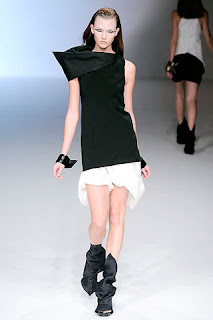 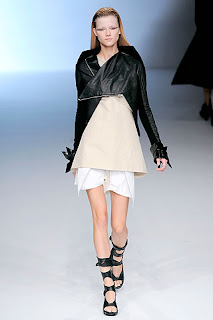 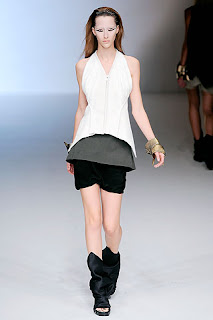 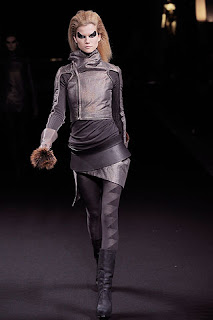 I get a sort of 'winged dinosaur' vibe from the SS collection, and a 'sportswear for the damned' from the AW. Maybe it's the eye makeup. It's just weird, almost unconstructed, unfinished, but architectural, carefully crafted. And very like sportswear.
Now for two designers whose collection is about as far from sportswear as you can get!
The Mulleavy sisters also hail from California but have been on the scene for over a decade less than Rick Owens. Though their rise has been nothing short of stratosphetic; after their first collection of just 10 pieces they appeared on the cover of Womens Wear Daily and earned the support of major fashion retailers such as Barneys. Since then, they have shown much larger collections, as well as collaborating with Gap and Target.
Stuff the info, let's have a look at their gorgeous work. I am particularly in love with the SS'10 collection, it's mythic, goddesslike and hauntingly gothic. 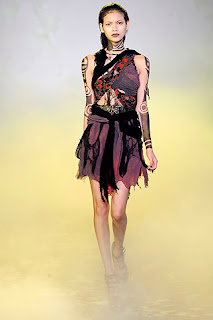 I had to show this one by itself; I love her expression, like she's some sort of beautiful alien that's landed on Earth by accident but is preparing to own it. 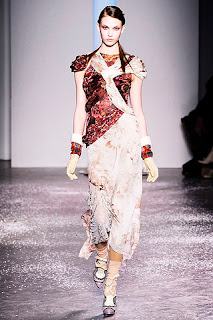 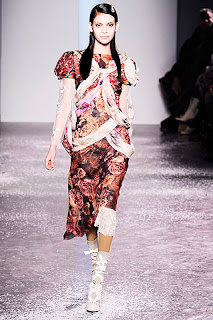 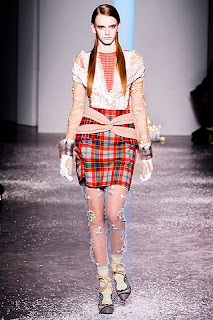 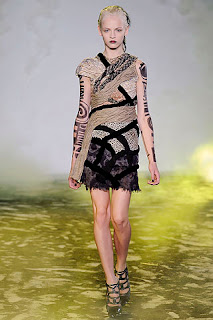 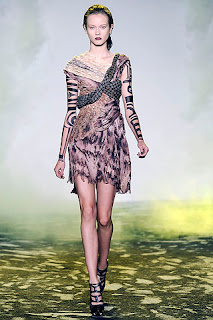 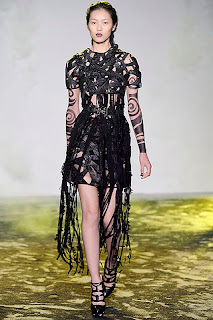 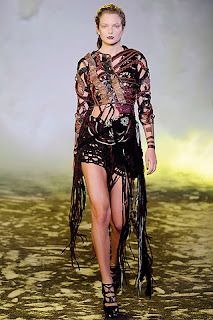 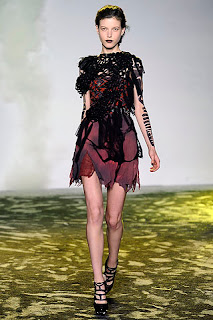 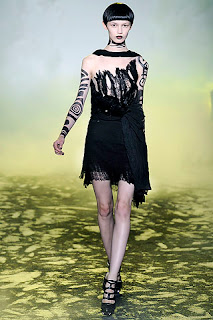 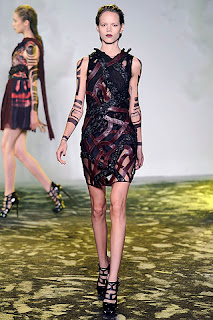 I love the SS'10 so much, it's like Boudicca warrior goddess battle dress. If the world was ending and we were all going to party or go down fighting, I would want to do both in a Rodarte dress.
(Oh, and look I started and ended with Freja again! Let's see how many more times I can do that...)