Yet another Japanese designer, testament to their awesomeness. I have loved the Kenzo brand for years, (not that I own any of his clothes) because one of the first perfumes I ever bought for myself was Flower by Kenzo. My parents have bought me a bottle every Christmas for the past three years. That adds up to a fair few bottles patiently waiting in my wardrobe. But it is the most beautiful, timeless scent, and unlike so many other perfumes I have tried, it's not confined to a specific season.
Plus the bottle is beautiful. And I love poppies. 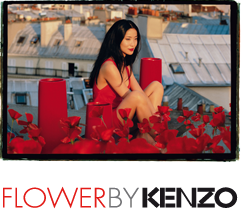 It's its 10th anniversary this year so they've just launched a new campaign. Check out some more shots at Kenzo's website. Happy anniversary Flower!
Mr Kenzo himself, or Kenzo Takada to give him his full name, is a graduate of the Bunka Fashion College in Tokyo. After graduating, he settled in Paris to try and break into fashion, buying his fabrics to make his collections from flea markets, which is where his style of mixing fabrics and prints originated. He first presented a show in 1970 in Paris and presented in New York and Tokyo the following year. In 1983 he branched out into menswear and his fragrance lnes for women and men followed in 1988 and 1991 respectively. Kenzo Takada himself retired from fashion in 1999 and the Kenzo brand is now owned by a French luxury goods company and overseen by his assistants. But by the look of things, his original flair, love of clashing prints and the immaculate tailoring that I've been banging on about since 'I' haven't gone anywhere.
I'll let you have a look at some of my favourite Kenzo looks that the internet/Style.com has to offer. Thank you Style.com, you rule. 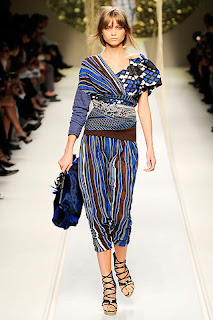 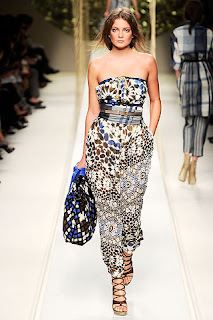 Check out the epic print-clash! (Both SS'10) It's so subtle you almost don't notice it, and in that sophisticated palette of blue and brown. I love the soft drapery and the interesting sleeve detail of the first outfit. Like a superglamorous nomad. 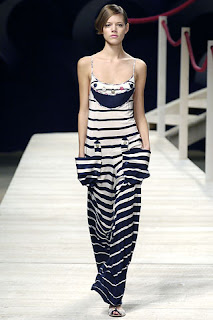 Look at li'l Freja all fresh faced! This is the only way to do nautical chic; cool, sophisticated yet slightly off kilter. 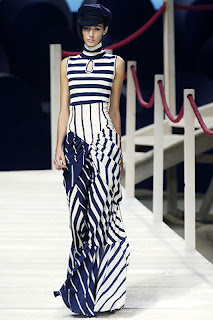 I want this dress. 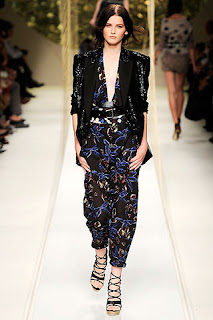 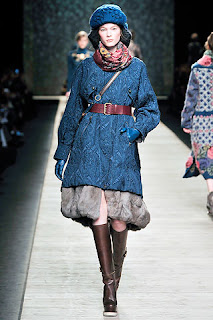 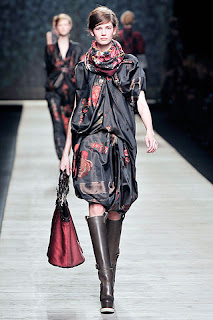 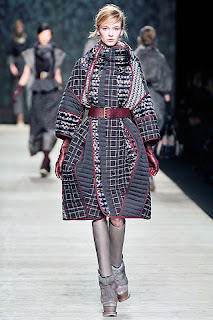 I love this Russian peasant-esque coat, and the shoes, which look like horses' hooves. So you can gallop around with a friend hugging you pretending to be a centaur. Or just walk around like a normal person wearing amazing shoes. 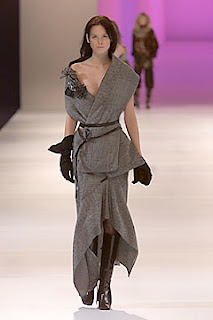 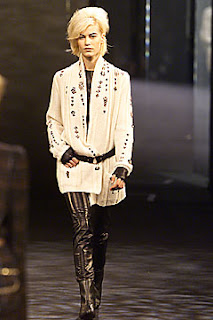 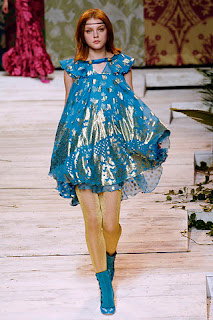 Everyone's favourite model (it seems, so many bloggers I read are obsessed with her) Jessica Stam, looking cool with ginger hair. 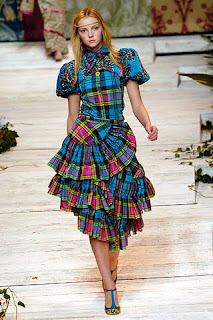 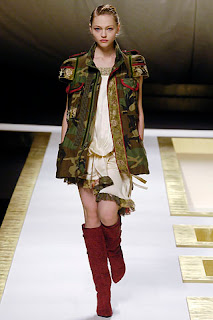 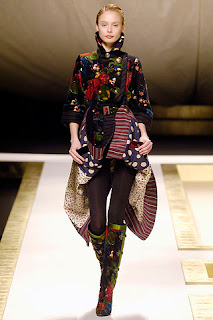 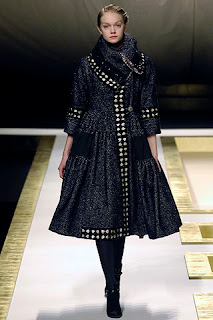 My dream winter coat.
Oh, and because I was going to do this post on Kansai Yamamoto if my heart didn't belong to Kenzo, here's Jane Sea of Shoes in her Kansai Yamamoto aviator skirt with a Junya Watanabe jacket like one of the ones I featured yesterday. What I wouldn't do to get that girl's wardrobe and Ebay skills. 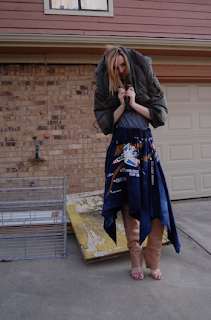