T is for - Two Hundred Posts, among other things

We made it! And by we I mean me, my lovely followers and checkers, and the assorted sources (of food, fashion and photos) that I have utilised along the way.
For my two hundredth post, because I'm a very busy woman and I haven't got all day, I am going to do a mash-up of what I would usually have done for the day - a healthy portion of alphabet fashion soup, along with my chosen outfit for the day.
Fashion Soup for the day comes from a very cool designer, Threeasfour. I thought this was very fitting for my special post as my two lucky numbers are three and four. Four, because my logo when I had a very fleeting career as a jewellery designer was a four-leaf clover, which is interestingly what you get if you write my initials next to eachother and upside down. JB. You try it.
And three because of the whole 'flawless' number thing, which I read in a medieval fiction novel when I was about 15 and I really liked it. The flawless number is apparently nine because if you fold Holy Trinity, three, you get nine, three times three being nine. Plus there were nine people in the Fellowship of the Ring! 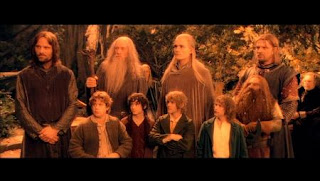 So, anyway, on to the designer. The label originally began life simply as 'ASFOUR' in 1998, but now exhibit and show as Threeasfour. I say exhibit because they are regularly shown at museums, who are drawn to their avant-garde extravagant designs. They have gathered a significant following in the art world and fashion world, and apparently Bjork is their number one fan. That should set you up for what their designs might be like.
Surprisingly, no swans in sight. But plenty of sinuous shapes and fabrics, and tattoo-look patterns similar to Rodarte. 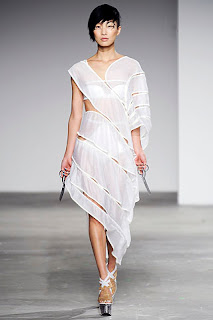 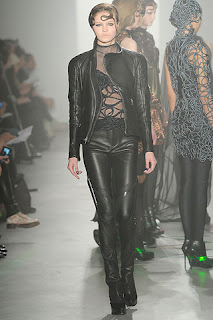 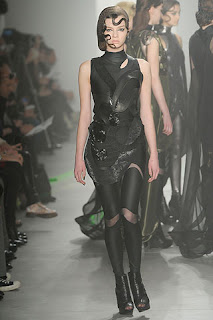 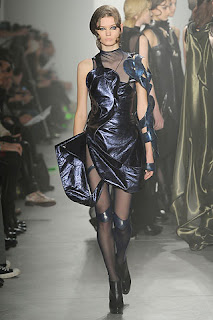 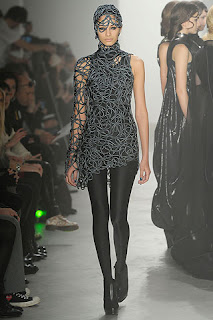 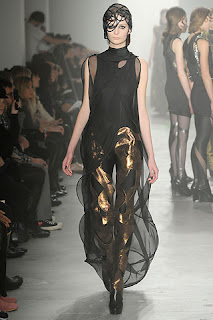 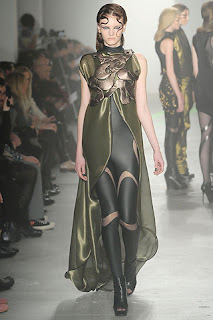 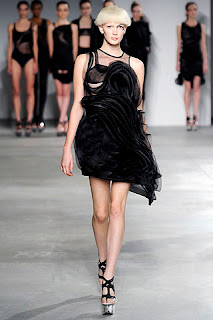 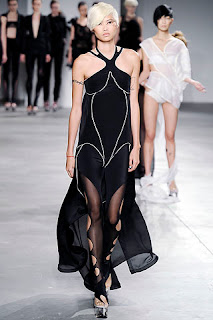 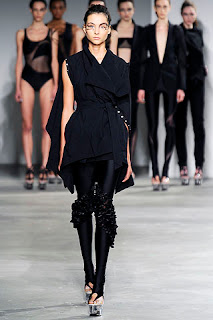 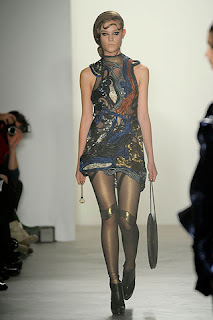 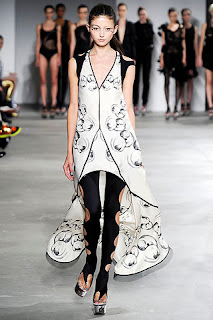 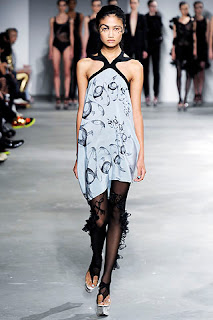 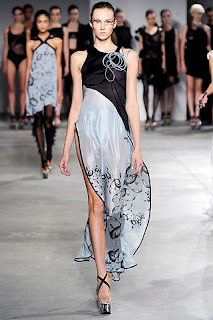 Futuristic with the detailing yet timeless with the floating, flattering shapes. Hard with the black fitted looks yet soft with the pale blues and whites. You can kind of see the appeal for a fan of all things mythical. Like the gothic, Alexander McQueen's Atlantis-esque collection and the paintings of the Pre-Raphaelites.
Like these.... 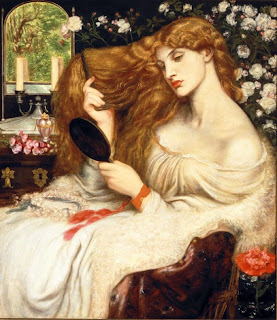 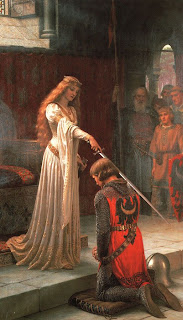 Notably all strawberry blonde ladies...and here's another, to end this epically long post. 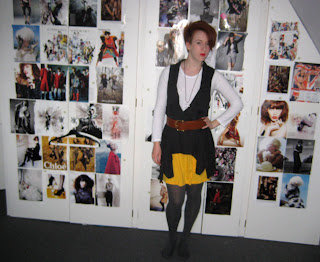 Wow, I managed not to wear any black! Even the shoes I eventually put on (we have white carpets, which is why the majority of my shoes live by the front door) were grey.
Right, now I must go; my rat is trying to chew a hole in my Marc Jacobs bag. I wish I was joking. Goodnight, and thanks guys. See you at 201!