The Best Day Off School Ever

I have gotten a little (ok, a lot) lazy with my posts the last few days - combination of being quite busy, having a head all over the place (jobs, living, relationships, friendships, you name it) and there not being that much inspiration around at the moment. I've been reading all the magazines, trawling the websites...summer fashion makes for some very dull mid-range mag spreads. Girls in their underwear - check. Girls in bikinis and sarongs - check. Some of us aren't going away this summer. So I'll have to get my inspiration from conventional sources.

On Sunday, hereby declared 'the day where I put on comfy, messy clothes and thus don't do outfit posts', I had an epic wardrobe tidy. Now everything is back on hangers, and there's a bag or two ready for the charity shops.

As a result, I put on the perfect tidying accompaniment (mindless teen dramas - in this case The OC) and re-discovered one of the screen's many beautiful teenagers. Call her what you want now, but the younger Mischa Barton was a beauty.
Back when she had sunkissed surfer hair, an enviable (ok really thin) figure, and the face of an angel, she was the ultimate girl next door. Now she's fallen foul of, well, the world, and it's a sad thing.
But that seems to be the way. The beautiful teenagers have their time, and then they drop off the map. Case in point, Molly Ringwald. 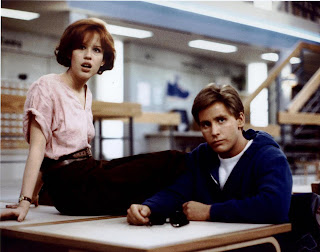 Never quite as beautiful as Mischa, but with a far more successful teen run, dear little Molly was the 80s. Like Mischa's on-screen alter-ego, Molly's were all bratty, irritating and pouty, but she made her name doing just that.
But by far the most beautiful teen actress I've ever seen has to be Mia Sara. Ferris Bueller's Day Off is doing the rounds on Film4, and as a result I am treated to Mia's lovely face on regular occasions. 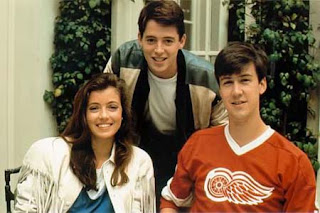 Someone's clearly just shown Matthew Broderick his future.
There's just something about the purity, childlike sweetness yet raw sensuality of Mia's beauty (which I think led to her casting as the Eve-type role of Lily in Legend - yes, I love everything about that film) that makes her stand out miles from anyone I've seen today. Strangely, the closest resemblance I can think of is the young Kate Moss, but with a more exotic quality. And those luscious, strike-envy-into-the-heart-of-Blair-Waldorf brunette locks. 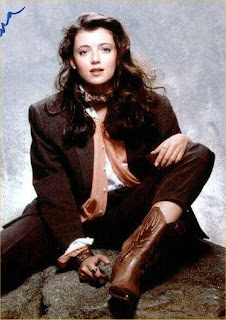 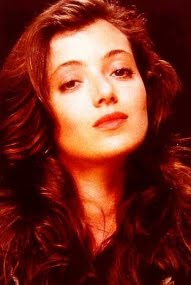 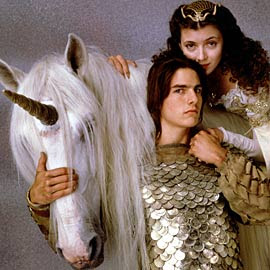 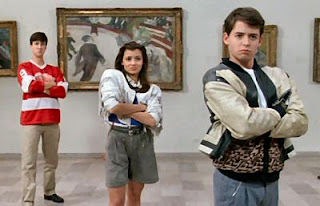 Even better. Jennifer Grey takes off her dancing shoes and her cute little girl act to play Ferris' surly sister Jeanie. I almost prefer in this to her iconic turn in Dirty Dancing; she pouts, snears and growls her way through the first hour and a half before a youthful Charlie Sheen in full John Bender mode turns her into the simpering girl we know and love.