Love is a Battlefield...wait Brick where'd you get a hand grenade?

Lolz. I'm in a humorous mood.
I shame myself by admitting the first time I heard that song was in 13 Going On 30. Oh the cheese factor. Oh it is still so wonderfully awful.
I have reinstalled Limewire so it's been an evening of classic cheesy rock and pop. I actually have '99 Red Balloons'. In German. I first heard that in Watchmen. See, I am far too cool.

Almost as cool as this guy. Rhys Ifans suddenly became cool when he chucked that disease centre Sienna Miller. Ugh. She's down there with Cheryl Cole in my list of people who've done great disservice to fashion.
But I'm here to bitch. I'm here to declare Gavin the King of Cool. I thought of him mainly because today I wore my most amazing flat shoes that I believe might be known as 'winklepickers', and whatever they're called, Gavin would love them. 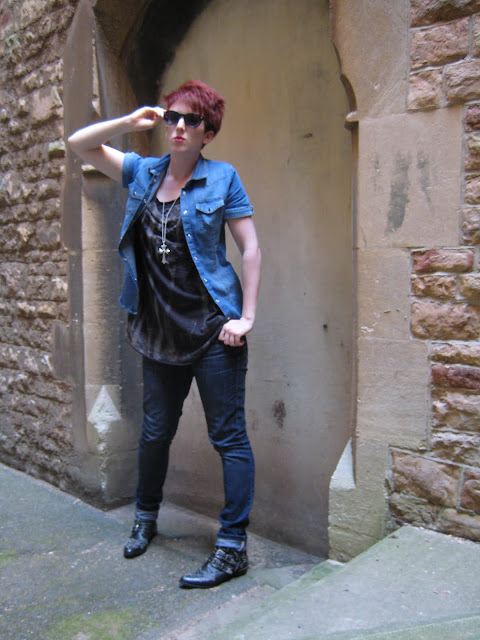 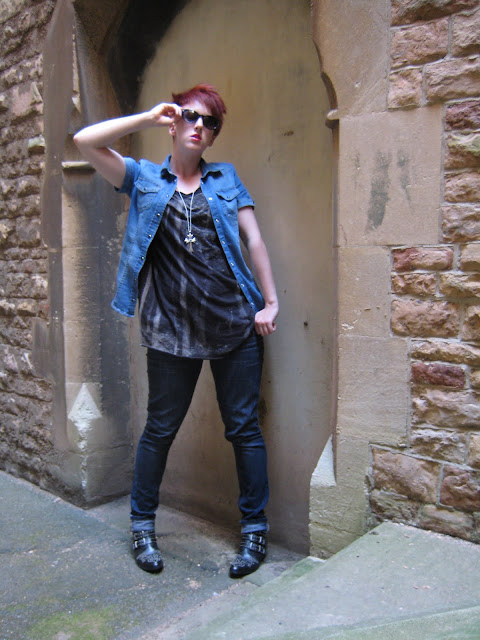 I bet he would. As with yesterday, this look is actually a fusion of two looks from my pick of the Resorts. This time, two from Helmut Lang. 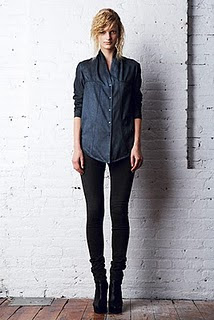 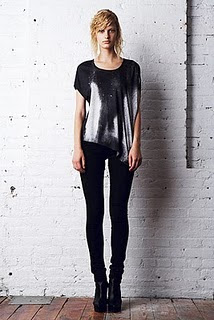 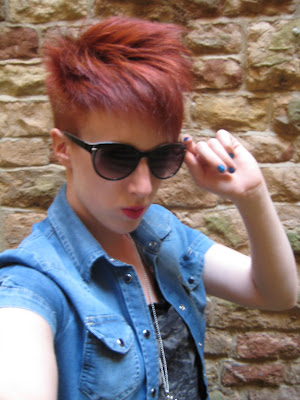 I'm not sure if he'd love my new hairdo, but I do. For more recent RedHead converts, I used to have an undercut a la Amelle from the Sugababes, but I got rid of it as I got sick of it and thought I looked too butch. Big mistake. A simple half-shaved head can do wonders for bad hair days. Flat hair is never a worry again; no hair looks flat when there's a bald bit to contrast. It gives me edge and sass. I think it's far sexier than what I had before. Maybe that's why I never pick men up...an article in the Mail talking about cheating men warned wives to beware of women with long hair. Yet the politician unveiled as a hypocritical cheat has a short-haired mistress, so that's a bunch of crap. My hair is my thing, and I love it short. One day, some B-lister will cut all hers short and the world will see sense. We've totally embraced trousers, yet we are still reluctant to embrace mens' hairstyles.
I could be here all night.