I spend my bank holiday sitting in a park reading poetry. 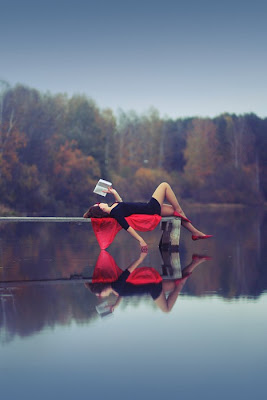 Who made the world?
Who made the swan, and the black bear?
Who made the grasshopper?
This grasshopper, I mean-
the one who has flung herself out of the grass,
the one who is eating sugar out of my hand,
who is moving her jaws back and forth instead of up and down-
who is gazing around with her enormous and complicated eyes.
Now she lifts her pale forearms and thoroughly washes her face.
Now she snaps her wings open, and floats away.
I don't know exactly what a prayer is.
I do know how to pay attention, how to fall down
into the grass, how to kneel down in the grass,
how to be idle and blessed, how to stroll through the fields,
which is what I have been doing all day.
Tell me, what else should I have done?
Doesn't everything die at last, and too soon?
Tell me, what is it you plan to do
with your one wild and precious life?
(Poem - The Summer Day by Mary Oliver. Image from Piccsy) 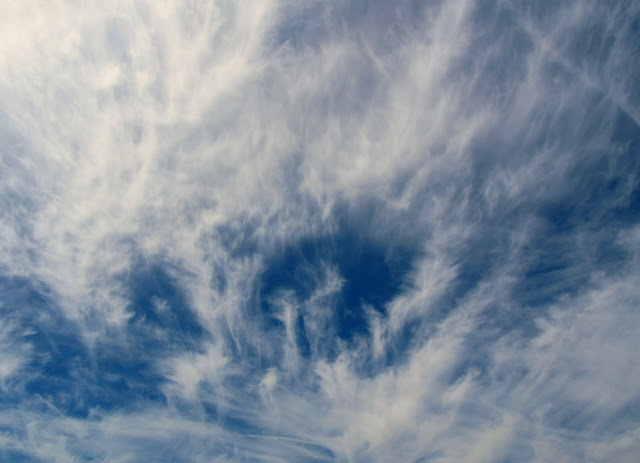 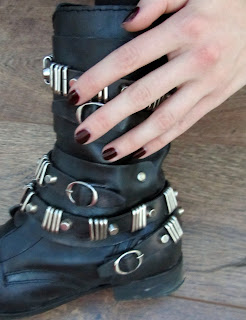 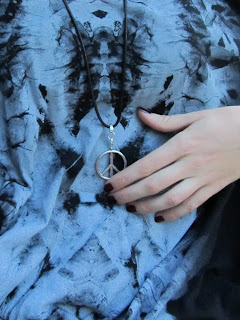 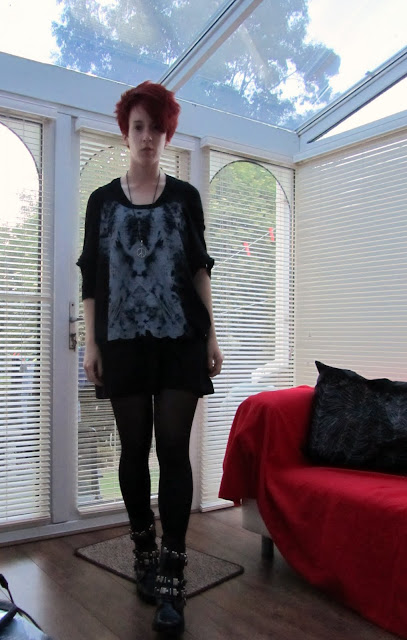 It feels good to be back in black. Not very summery, granted. But sometimes a girl's just got to get back to her comfort zone.
2 comments:

I bring you love

Just a little song I've been enjoying...
And yes, I am aware that it's about a person having an unhealthy relationship with a computer.
No comments:

Imagine, if you will, the most awesomest thing ever.
Got it?
Now double it.
Whoah, mega-awesome, right?
I guarantee it will not be as awesome as this. 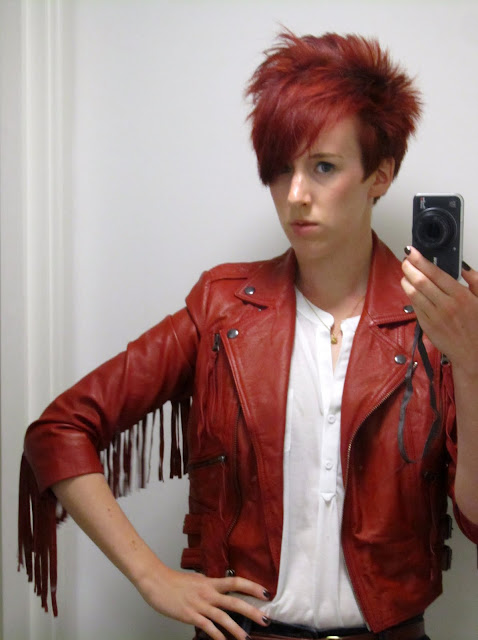 In an oddly retrospective and freakish turn of events for me, I've been pondering the fact that today would have been mine and the ex's four year anniversary. I remember a few months after we broke up getting a text from a friend who said that he and his girlfriend had, after less than a year together and while still both students, had got engaged. And for about half a millisecond, I sighed, cried internally and thought 'that could have been me'. 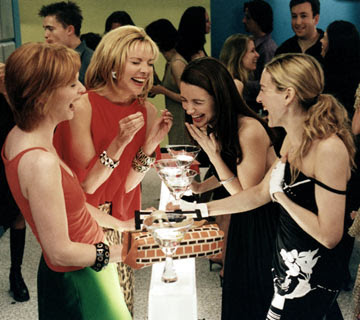 And then I snapped out of it.
This is the very best time of my life, and I'll be living it. So congrats to everyone who's ever seen their future flash before their eyes, and nimbly dodged the bullet.
No comments:

For those of you who didn't know, I had the privilege of being shot for ELLE Magazine last Saturday. 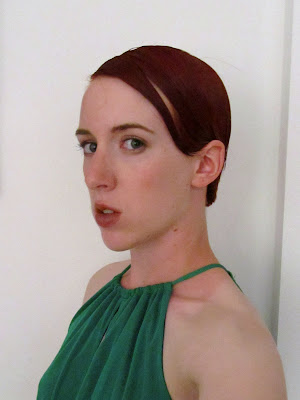 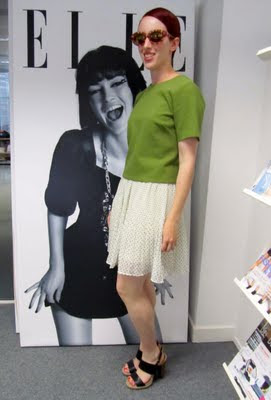 Here is a closeup of the hair and makeup that their talented team gave me (which I loved so much I've replicated twice since), along with a shot of the styling for the day. The shoot was for John Frieda and featured a series of redheads. So fingers crossed, yours truly might end up in her favourite magazine!
But either way, a huge thanks to Kathryn at ELLE, the stylists, photographers and directors, and the hair and makeup teams, and to John Frieda, for the amazing experience and opportunity. And a special thanks to Holly at ELLE for making it happen for me!
3 comments:

Why Alexa Chung is a fool

Everyone's favourite PIT-girl (Pointless It Girl - I want to trademark that) Alexa Chung, has put her ballet-pumped foot in it once more. In an interview in this month's Vogue, Alexa describes blogs as 'pointless, unless you are Tavi'.

Cue massive uproar. If bloggers didn't regard her warily before, they actively despise her now. And while Alexa has apparently responded to all the negative outpouring about her idiotic little statement, she has done little to repair the damage.
So, why was the comment such a foolish one to make? Here are the key arguments:
Firstly, I challenge you to go to Tavi's blog and describe it as something other than a mood board. As much as I love the girl and think she's hilarious and right on in equal measures, it can't be denied that that site is as image-heavy as most others of its ilk.
Secondly, if Alexa thinks that every blog out there (as she didn't express that she was simply referring to fashion blogs, though we have to assume that this is the case given the naviety of the statement in general) is just a mood board, it implies that this part-time columnist and once-celebrated (though admittedly godawful) presenter and journalist doesn't read very much.
And thirdly, and probably most crucially, it shows just how out of touch this girl has become with the demographic who made her so famous. Back a few short years ago, when she was still infuriating us on Gok's Fashion Fix, most of us only really knew who she was thanks to the hundreds of sweetly syconphantic blog posts about how much they loved her latest Peter Pan-collared ensemble. The public made her a big deal. It was the public who got her her Vogue column, the public bought her Mulberry bag in droves, and now it's the public that will, with any luck, bring her down off her high horse. Someone teach that girl PR.
5 comments:

And so Colour Block Week draws to a close... 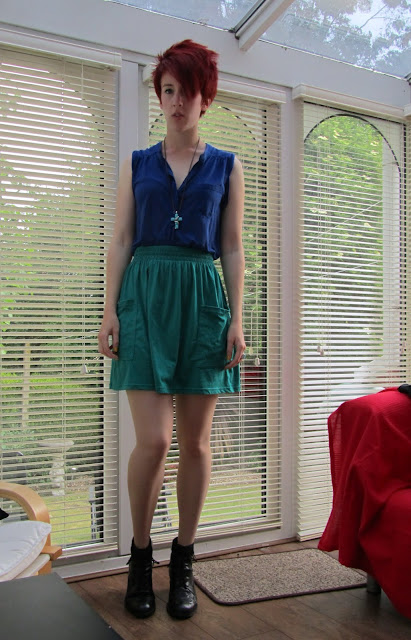 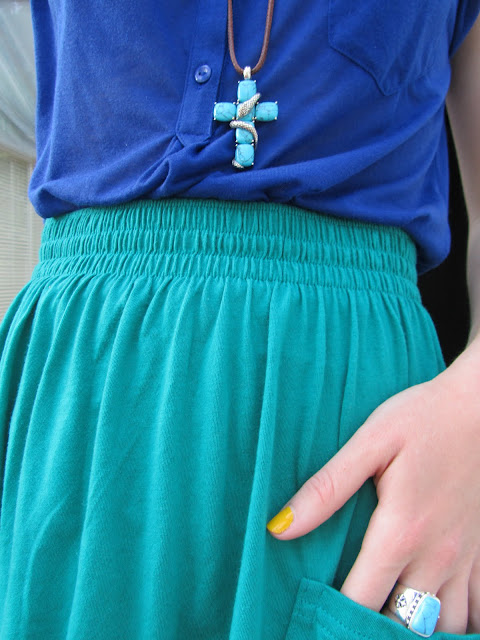 I'd be promising all week to visually offend the office with blue and green. I make good on my promises. An offensive, in-your-face colour clash, completed by turquoise jewellery and yellow nails.
Another tune for you now. At times in recent days I've felt like that girl in the Muse video - dancing uncontrollably, unable to control her own beat, a whirlwind, desperate to free herself of feelings but unable to let them go. Well, I still want to dance like that. But I'd rather dance to a happier tune right now.
No comments:

The demons I cling to

How could I NOT post this?
And also, because I can't get it out of my head...
No comments:

How Could You Not 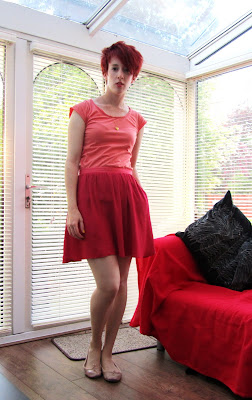 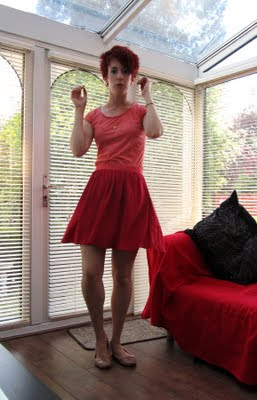 One day when I'm an internet master I'll make one of those nifty little videos that jumps between these two photos so it looks like I'm dancing. 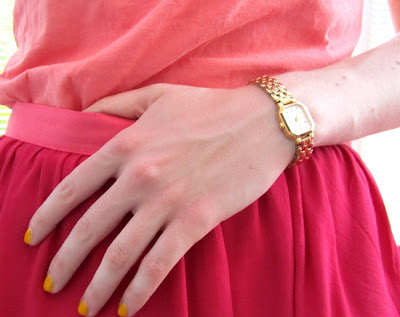 So as you can see, Colour Block Week is in full swing. Are we having fun yet?
3 comments:

I want to reconcile the violence in your heart. 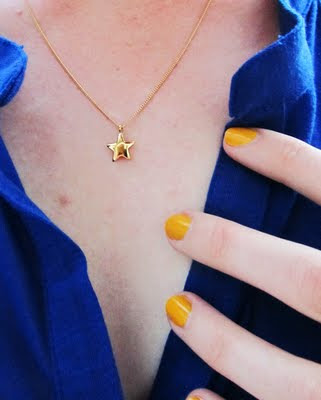 I want to recognise your beauty's not just a mask. 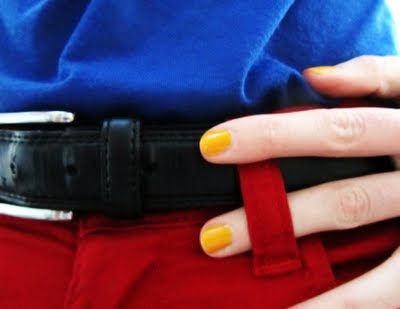 I want to exorcise the demons from your past. 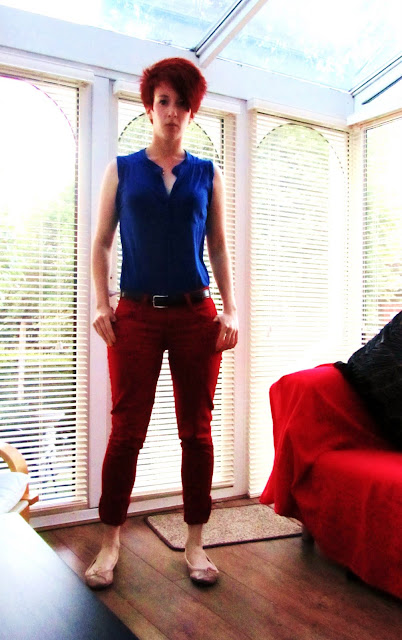 I want to satisfy the undisclosed desires in your heart.
I've had that song in my head all day.
No comments: 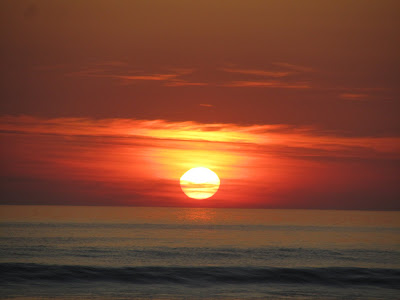 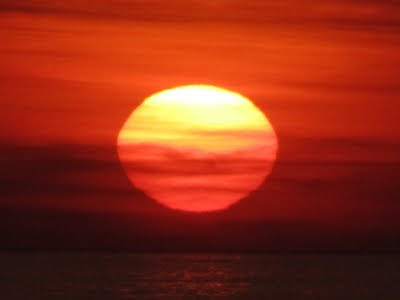 I've had a nice relaxing break at the seaside for a week or so. Lots of sunshine, walks and time to reflect. Time to remember, and reassess.
It's been a busy and complicated and messy life of late. I believe that this is what we are supposed to call 'growing up' and 'being human'. Making errors, wishing things were easier. Being scared. Feeling alone.
And then, like an adult, we just have to keep calm, and carry on doing the best we can. 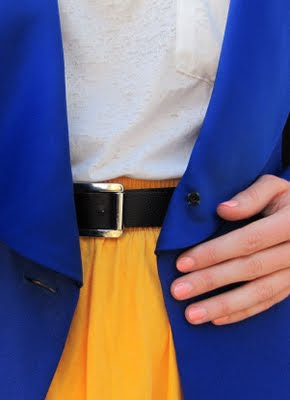 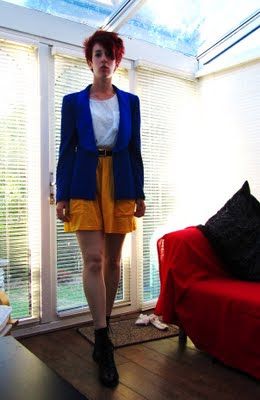 But it's hard. So we just have to give the illusion that we are calm, and carrying on (yes, by doing the very mature and adult thing of whining about it here. But hey, I'm an adult, this is my space, these are my rules and my true colours. Literally.)
So...yellow and cobalt blue? I'm thinking this might be a colour-blocking week.
No comments:
Newer Posts Older Posts Home
Subscribe to: Posts (Atom)