An ode to Molly

My esteemed blogger buddy The Glitterbird blogged recently about Pretty In Pink, a film that I had yet to see. I commented that people have told me I resemble Molly Ringwald, to which she replied that I pretty much am her.
Given the ultimate coolness of the Ringwald, it's a pretty big compliment. But worryingly, it's very true, given Molly's back catalogue.
In The Breakfast Club, she is the stubborn, bratty teenager who is doted on by her daddy, but despite her pretty little face is a secret wild child, kook and lover of bad boys. 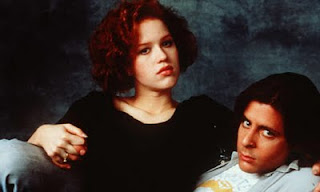 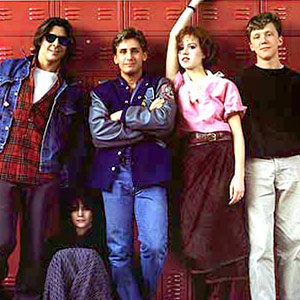 (Three things: 1. Judd Nelson looks like a parrot on crack, 2. Ally Sheedy is awesome, 3. I had no idea that the kid who plays Brian the nerd plays Jim the douche boyfriend in Edward Scissorhands!)
And then in one of my new favourite films of all time, Pretty In Pink, she's the surly misfit (who, as her principal notes, is giving out a vibe saying she doesn't want to fit in, so she doesn't) who wears weird clothes, loathes generic blondes and is friends with the strangest, yet coolest guy in the whole school. 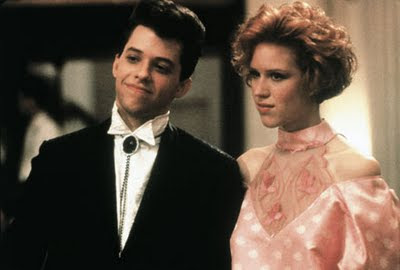 And then, completely improbably, she gets the most beautiful guy in school to blow off all his domineering friends to date her. Sigh. Only in a John Hughes film.
But just because I can't be Molly Ringwald doesn't mean I can't channel looks from her classic repertoire.
Some friends and I went to see Kevin Spacey (aka one of the greatest actors alive today) as Richard III yesterday, and as one of them pointed out, we were the only non-posh people there. She actually described me as dressing like I'd just left The Breakfast Club. 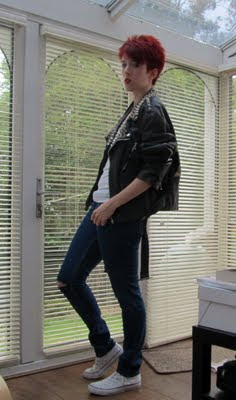 As John Bender though...did I mention I love this jacket?
And then earlier in the week I went for matchy-matchy kookiness. 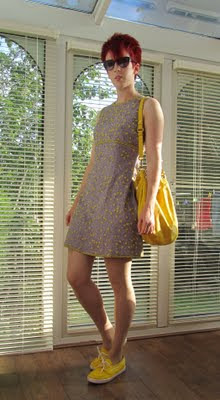 Yellow and grey is such a great combination. And with classic Molly makeup of dark eyes (hidden behind shades) and pink-brown lipstick. Adopt the open-mouth pout, doe-eyes and wear something a little bit mad. Congratulations - you're Molly.
Now if you'll excuse me, I'm going to watch Pretty In Pink again.
PS As a commenter suggested, I've now revitalised my Formspring account.